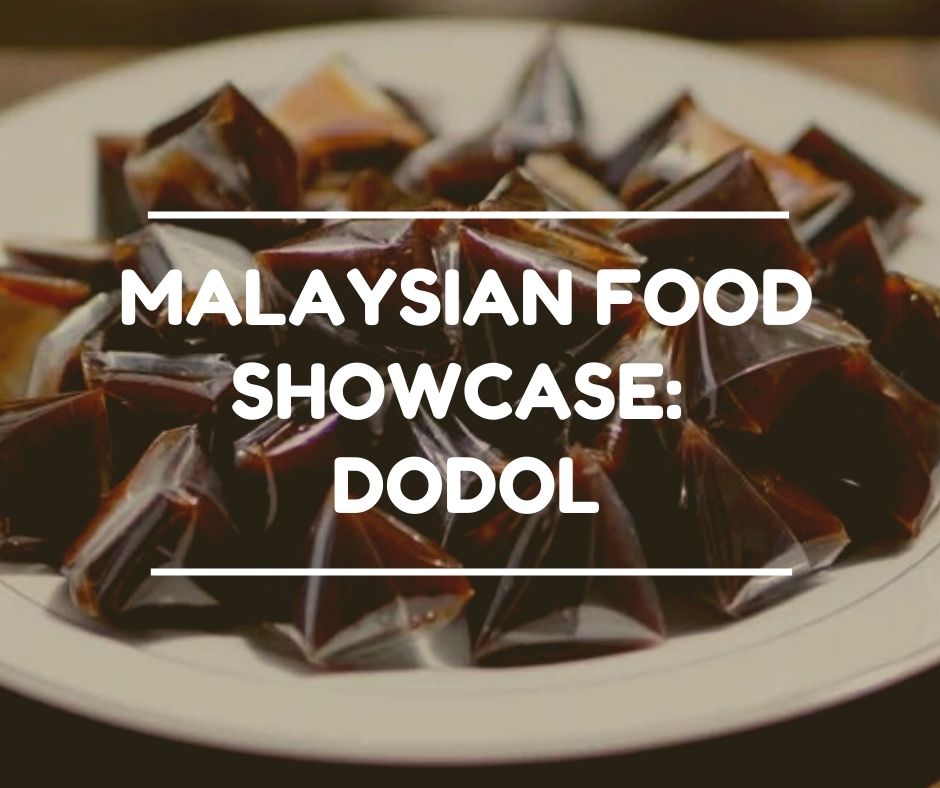 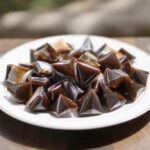 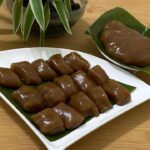 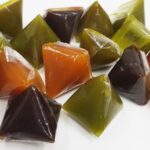 Dodol is a type of toffee-like sweet candy that is popular in Malaysia, other parts of Southeast Asia and even the Indian subcontinent. Dodol is essentially prepared with a base of coconut milk, palm sugar, and rice flour. It is characterized by its dense, chewy texture, and is typically cut into square blocks, strips, or diamonds.

The exact origin of dodol is unclear, but the word “dodol” is believed to come from the Sundanese language of West Java, Indonesia. It is considered one of the oldest indigenous sweets developed in the Maritime Southeast Asia.

The process of making Dodol begins by slowly cooking a mixture made from coconut milk, rice flour, salt and sugar. The Dodol mixture must be stirred constantly while it is simmering. This is because, if the sugary mixture rests for too long over the heat without moving, it will burn. When that happens, the texture and flavours of the final product will be destroyed. Stirring is an easy task at first but, but the mixture becomes thicker and thicker and eventually reaches a thick, gum-like texture. The whole cooking time also lasts hours, making this a difficult feat for a single person to perform. After the elements begin to come together flavorings and spices can be added. Nowadays, Dodol are flavoured in many ways like durian, pandan, mango, banana, coconut and vanilla.

Once the Dodol has cooked long enough, it is poured into a vessel to cool. Traditionally, banana leaves were used but now many factories use heat-safe containers. Once the Dodol has cooled, it is cut into the desired shapes. In the olden days, Dodol was packaged and wrapped in different ways like in a coconut shell, upih (made of tree bark) or weaved-mengkuang (pandanus leaves) and daun palas (from the Palas tree). But the most authentic to store Dodol is in a coconut shell, which is normally left to dangle from one of the beams in the kitchen. Once the Dodol is finished, the coconut shell can be used as a cup to drink coffee. Dodol should be enjoyed in moderation as it is really rich in flavour and high in calories.

Dodol is probably one of those few rare traditional food products that has survived modern-day proliferation and still being produced using traditional recipes. As an authentic traditional Malay delicacy, Dodol is available commercially all year round in Malaysia, and it is mostly served during festivals such as Hari Raya Aidilfitri and Aidiladha.