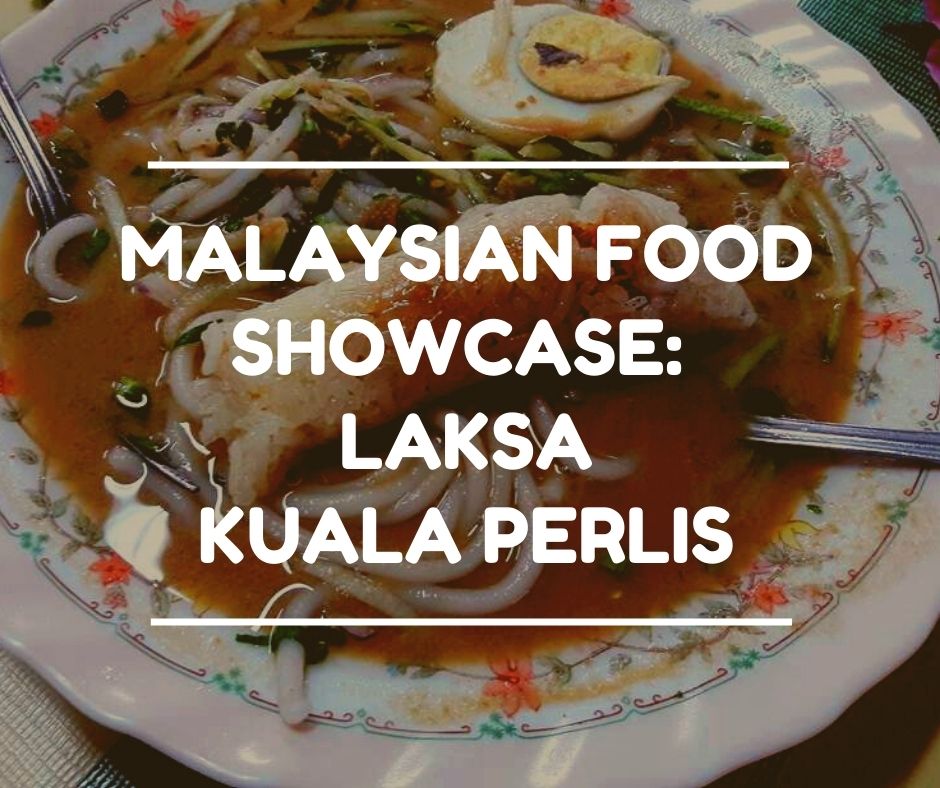 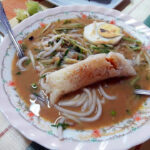 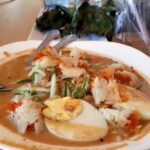 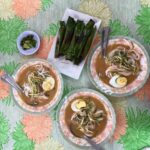 Laksa Kuala Perlis is a noodle soup dish originated from its namesake, Kuala Perlis in Perlis. It is one of the variations of Laksa Utara (Northern Laksa), more prominent in the northern part of Peninsular Malaysia like Perlis and Kedah. Laksa Utara are known to have a flavourful soup base made from fish, and spiked with tangy asam pieces. Kuala Perlis is a port, known for its mouth-watering and easily available seafood. Not only is the seafood fresh, it is also relatively cheaper than other parts of Malaysia. Plus, the northern states are also more rice-rich, so their Laksa are usually served with fresh rice noodles.

The noodles are traditionally made from scratch using ground uncooked rice, rice flour, and tapioca flour. The process can be very time-consuming, because the uncooked rice needs to be soaked in water first before being ground using a stone grind. Then the ground rice has to be further dried. The noodle maker mixes the flour mixture and enough water together and kneads into a dough. The raw dough is shaped into balls and boiled for two to three minutes first, before being inserted into a special squeezing tool where noodles strands are squeezed out. The noodles are then boiled in a cauldron after which they are ready for consumption.

To make the base, boiled and deboned fish (like Ikan Selayang, Ikan Kembung or even eels) are ground or blended into a paste with other ingredients like shallots and dried chillies. Then the spiced fish paste is cooked in water with flavourful herbs and spices like Vietnamese coriander, shrimp paste, torch ginger flower, asam pieces, lemongrass, laksa leaves etc. The resulting soup is rich, thick, tangy, full of umami flavours and not too spicy.

Before the soup is poured onto the noodles, they are first garnished with julienned cucumber, water celery leaves, bird’s eye chillies and hard-boiled egg. These garnishes add wonderful texture, extra heat and colours to the dish. Some Laksa vendors separate the garnishes onto side dishes so the customers can add them according to their own preference.