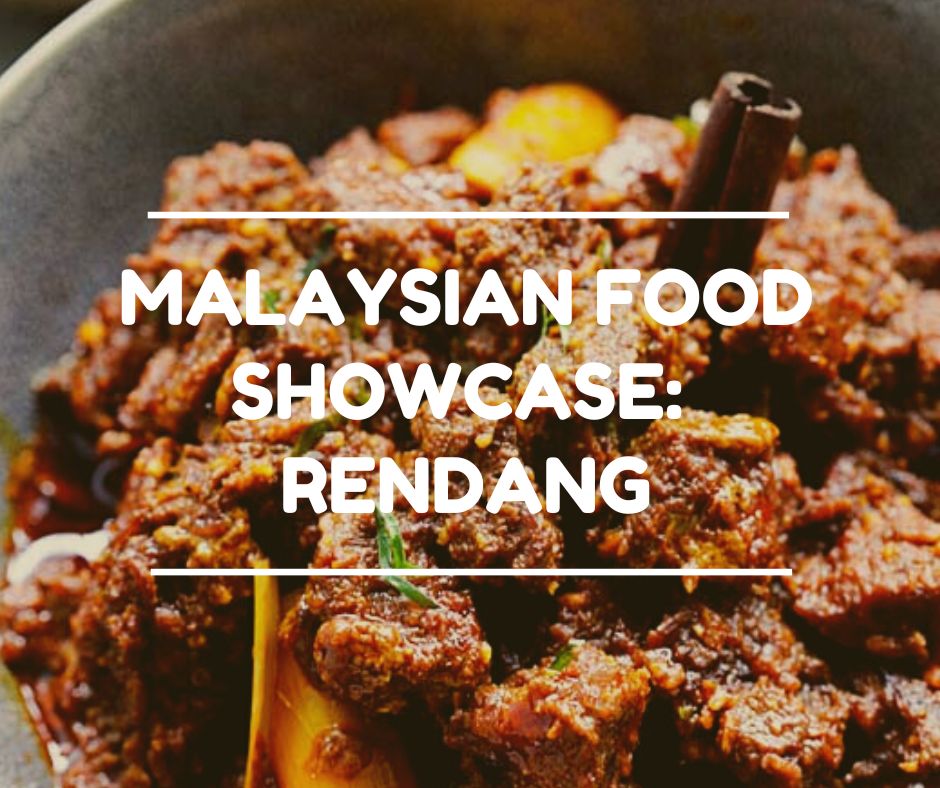 Rendang: A Delicious Dish that Caused Tension between Malaysia and Indonesia 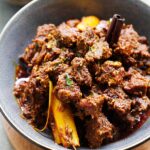 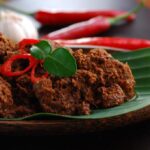 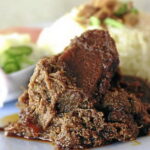 Rendang is a spicy braised meat dish often associated with the culture of Malay and Minangkabau. Minangkabau people were originally from West Sumatra, Indonesia, and many have travelled and migrated to Negeri Sembilan, Malaysia since 15th century. This often leads to Malaysia and Indonesia staking claims on this delicious dish, and has caused tension to both countries’ bilateral relations several times.

Indonesian culinary expert, late Bondan Winarno, once said that rendang should be understood as a “pusaka bersama” (shared heritage) between Indonesia and Malaysia, as historically, both countries actually were allied brothers. Plus, for centuries, Malacca Strait has been a strategic geographical area for both countries to establish relationships (political, economic, social, and cultural) with each other and various nations. It is not surprising that Malaysian and Indonesian culinary cultures are regularly shaped by foreign culinary influences from Islam (from Arabic, India, and Persia), India, China and Europe.

The first recorded written word of “rendang” (referring to a goat meat), was in a Malay manuscript from the early 16th century and it is associated with the Malay word “merendang”, a term for technique of slow cooking/roasting meat. When the Portuguese controlled Malacca from 1511 to 1641, Portuguese culinary influence was spread throughout the area. A distinctive legacy of Portuguese cuisine is shown by both nations’ higher consumption of meat and adopting various food processing techniques. Braising meats and then finishing them by frying is one of the food preservation techniques used in Rendang.

Rendang cooking technique is eventually adopted by the Minangkabau people where Rendang is cooked with available ingredients like coconut milk, hot chillies, and various Indian spices until the sauce seeps into the meat, and the texture of the meat becomes dried and blackish. This preserves the dish and makes it durable without having to be stored in a cooler and does not have to always be reheated/refried frequently.

This preservation technique is important to the Minangkabau people because one of their prominent cultures is the wandering culture or “merantau”, where men are encouraged to move away to gain life experience and earn their fortune. Since 15th century, Negeri Sembilan has been a wandering and migration destination of Minangkabau people, which means that durable travel food like Rendang also crossed back and forth between two nations. Many of Minangkabau descendents settled in Negeri Sembilan, where they inherited Mingkabau cultures from their ancestors. Through all these influences of exchanging cultures, the geographical origin of modern day Rendang becomes blurred.

The meat used in Rendang is usually beef, but chicken, goat, buffalo, or even porcupine meat are used too. The herbs and spices used are turmeric leaves, galangal, ginger, garlic, lemongrass, chillies, shallots and more. These ingredients will not only preserve the meat, but also add punchy and complex flavours. The meat is then cooked in coconut milk and shredded coconut for hours using low heat until all the moisture evaporates and the meat becomes tender and turned dark brown from the absorption of the spicy sauce. The process actually changes from boiling to stewing to frying when the coconut milk eventually turned into coconut oil.

To make a good traditional dish of Rendang, patience is required because it is very time-consuming and involves pounding and grinding the herbs and spices. Great amount of care is required too, for continuously stirring and churning the ingredients in the pot, all the while preventing it from getting burnt. Traditionally, the dish is cooked for between three and seven hours over a low heat on a wood fire. It can last for more than three weeks if cooked properly.

Rendang is best served with steamed rice, nasi lemak, ketupat, lemang, or just about anything, really. Although Rendang is traditionally served during festive seasons or special occasions to honour guests, it can be easily found in Malaysian (and Indonesian) restaurants throughout Malaysia and overseas.